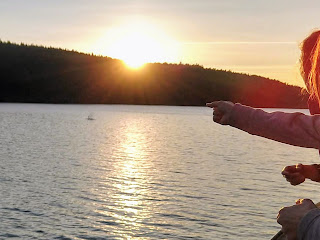 Last week we had an experience we've never had before (and we hear it's pretty rare).

My brother and sister-in-law live on an island; we'd hoped to visit them when we visited Washington in 2016, but there just wasn't enough time for the drive to the ferry and the ferry ride, let alone the time we wanted to spend with them. So we put the visit off.

As soon as we moved to Seattle, we started making plans to visit them, and last week it finally happened. Hilary (my sister-in-law) sent us tickets so we could walk onto the ferry. We managed to board moments before the boat left (thankfully, several minutes late), and settled into seats by a window. Once we were underway, Dean noticed something out in the water, just far enough away that we couln't see it plainly. He thought it might be a seal or a sea lion. 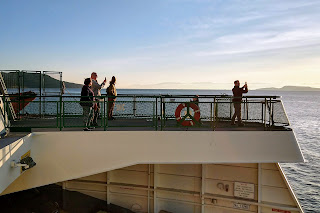 We were pretty excited until the boat started slowing down and someone (the pilot? the captain?) announced that they'd noticed an orca off the port side (that was the left...or the opposite side of where we were sitting). People began lining the windows. I hurried to the deck to see and try to take pictures while Dean graciously stayed with our bags.

People were pointing and exclaiming. Families were taking selfies as the orca surfaced behind them. I took pictures, then remembered Dean hadn't had a chance to look yet, so I headed in to stay with our stuff. He went to the windows and watched for awhile, then came back. It made for a pretty exciting Saturday afternoon -- and technically, that was part of our trip to church the next day, right? 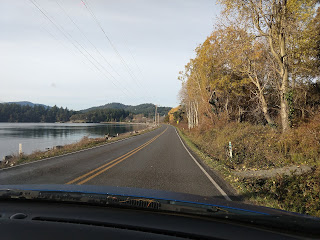 But you came for the links, not a long-winded story about a ferryboat slowdown, right? Here they are:

An extremely short bar post with lots of pictures 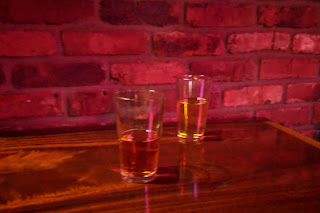 Posted by churchandstates at 9:14 PM
Email ThisBlogThis!Share to TwitterShare to FacebookShare to Pinterest
Labels: on the road, Washington, West Seattle