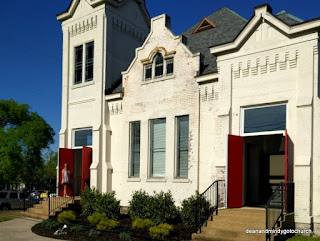 12 South (Midtown Fellowship), Nashville, Tennesee
"We'd like to be known as a hospital for sinners and not a museum for saints," Elliot Cherry (interim pastor at 12 South and "pastor in residence," a kind of internship program at Midtown Fellowship) said in response to my question about what kind of community Midtown Fellowship was aiming to be. Thoughout the service, especially during the announcements, there were references to community. 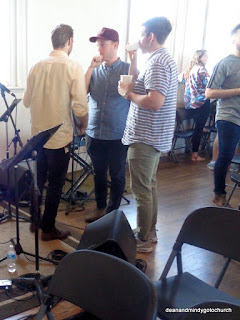 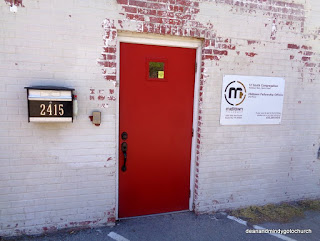 I also heard mention of community while talking with Anna, a young woman sitting in the row ahead of us during Sunday morning worship. She said she appreciates being in a neighborhood where she sees the same people she sees at church on Sunday morning. She'll go out to breakfast and see people from church. "I've never had this before," she said. 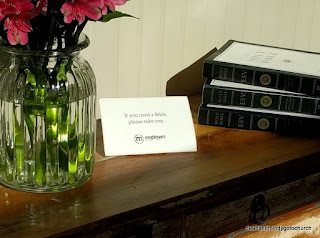 The mission statement in their flyers discusses community, "Midtown's vision of Gospel Transformation is one we see playing out in context of community. A large majority of the New Testament were addressed not to individuals, but to communities... To this end of transformation and as an act of faith in the Spirit's work, we design and participate in small groups together." 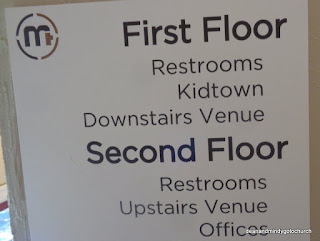 The church has four different campuses; Midtown 12 South, which we attended, has three Sunday services. The three other campuses have just one Sunday service each. It seems an intentional plan to keep the congregations relatively small (the service we attended was at capacity with just over 200 people in attendance) rather than meeting in a mega-church facility. 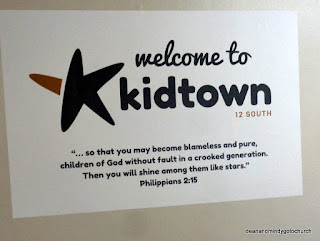 Even the youth and children's ministry seems to have this focus on community. I talked to a young man named Tillman. He said his family had attended a much larger church previously and has been attending Midtown for nearing a year. He liked that the youth group (meeting weekly on Sunday nights) was small enough that he could know everyone. He also liked that middle school and high school students met together. He was looking forward to a ministry trip the church would be taking to St. Louis. 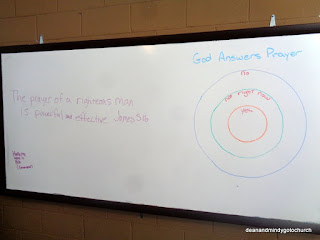 The elementary children, kindergarten through 5th grade, meet during the worship service and also have time together. Missy, a volunteer with the children, told me the kids meet together and do something active and then divide into smaller groups. The activity that day focused on prayer and the variety of ways God answers prayer. The children were encouraged to write down a prayer, wad up the paper and then throw it at the white board target (with "No" in the outer circle, "Not right now" in the midsection and "Yes" at the center). 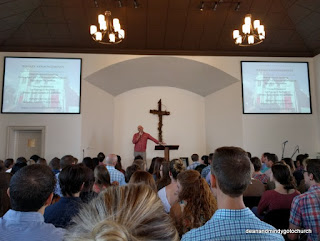 One thing I found interesting about community (as one of two focuses in the morning) is that it fit right in with what we've been hearing in bars. If you haven't been following our other travel blog (for shame!), we're visiting a bar in every state as well as a church in every state. When we go into a bar, we always ask two questions, "What makes for a good bar?" and "Whether you go or not, what would make for a good church?" Obviously, we've gotten a variety of responses, but the most common answer to the first question has been, "A good bar is where everyone knows your name, you know, like Cheers." It seems like what many people are looking for in a bar is community; perhaps similar to the kind of community being sought at Midtown Fellowship. 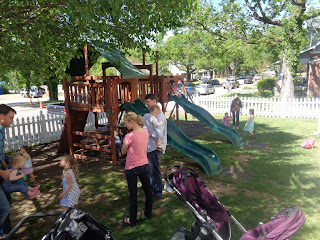 One of the most common answers we receive in bars about what would make for a good church is "A place where I won't be judged". A big theme in the morning's sermon on Jonah was the dangers and evil of self-righteousness. When I asked Pastor Elliot about this after the service, he said that he believed the biggest reason for the world's hatred of the church is self-righteousness. He'd heard it said that many people in the church are like the elder brother in the parable of the Prodigal Son, and we'd probably be a lot better off if we spent more time preaching toward the sins of the elder brother rather than the sins of the younger brother. 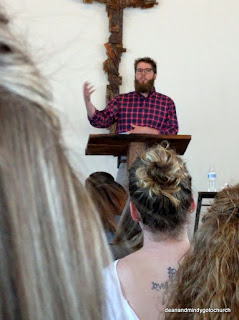 I greatly appreciated that morning's sermon. Elliot said he believed the key to the whole book of Jonah is found in the line, "Salvation belongs to the Lord." Our problem as Christians, as people, is believing that we can save ourselves. This is another way to describe self-righteousness, "the grossest thing we are capable of," Elliot said. He pointed out that the more self-righteous we are, the less likely we are to see we are self-righteous.

Elliot gave some signposts for self-righteousness ("Don't worry, this will get uncomfortable.")
1) You are not a comfort to hurting people.
2) Troubled people don't want to talk to you about their problems.
3) Perpetual worry and anxiety (because we think solving all problems is up to us).
4) Being unable to receive criticism.
5) And the biggest sign of self-righteousness is not knowing you're self-righteous (because everyone is). 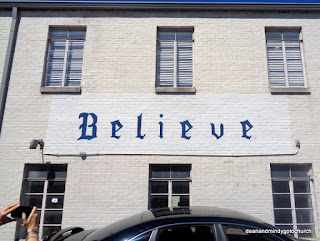 I appreciated the sermon, and I heard from others that they appreciated the preaching at the church. Missy said that there didn't seem to be any urgency in the teaching of the church to wrap up every lesson with a happy ending. There is an acknowledgment of all of our brokenness.  Eventually, after this life, God will make all things right, but until then, we will all hurt. And that's okay, if we're there for each other.

Leaving Sunday morning, I was wishing I could take our bar friends to Midtown.

Statistics
Service Length: 1 hour 13 minutes
Sermon Length: 29 minutes
Visitor Treatment: The greeting time during the worship service (during which people could get coffee downstairs if they wanted it) was convivial; we filled out the visitors' card we found at the back of the room on a shelf with Bibles, information cards, and offering envelopes. Mindy handed it to a greeter after the worship service because she didn't see the offering box where cards were supposed to be deposited (the area, near the doors, was crowded). He said he'd take care of it.
Followup by Tuesday Morning: none
Our Rough Count: 230
Probable Ushers' Count: 250 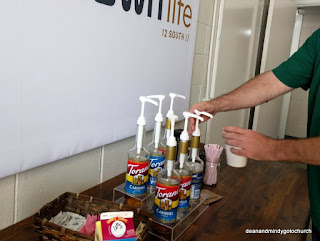 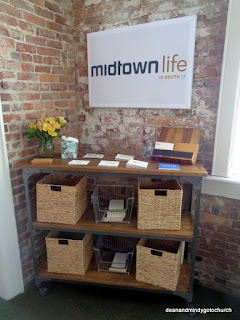