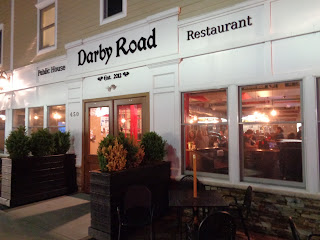 Back in 2016, we figured our time in New Jersey would be memorable (if only for stops in Grovers Mills, Asbury Park, and Princeton). We certainly didn't expect a profile on another bar-visiting blog out of New Jersey. Tomorrow, find out what else our stay in New Jersey led to. For now, read about the bar we visited.

Darby Road Pub
This bar wasn’t our first choice for the evening. We googled bars in the area and found a place that looked interesting, perhaps more of a nightclub than a bar, but different from places we’d been to before. We got a late start, after 10:00 pm, and we drove to a neighborhood that looked a little seedy. As we were looking for parking, we noticed pedestrians that seemed to be making business transactions with people in vehicles. Mindy said that maybe this wasn’t the place to be, having a preference for being safe. So we turned around and went to a place our hosts had suggested, Darby Road Public House and Restaurant. 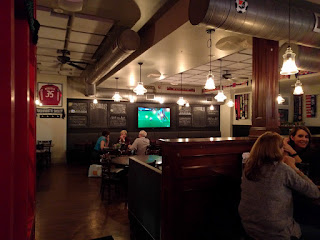 At that hour, the restaurant part of Darby’s was in little evidence. A decent sized crowd of people was gathered around the bar for drinks. There were banners all about for various sports franchises. There were at least seven TVs playing, and when we came in I saw soccer and New York baseball on the screens. I was quite pleased when a couple of the TVs went from commercials to the Stanley Cup Finals: Sharks vs. Penguins. I’ve never been a big NHL fan, but a little home town pride (“home Bay Area pride?”) kicks when you’ve been on the road for months. 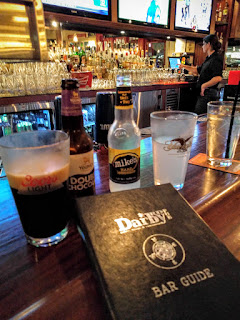 We seated ourselves at the bar and were soon greeted by Ryan the bartender. He gave us water and the bar menu. Frankly, we were looking for cheap drinks, and the menu supplied some relatively inexpensive options. Mindy ordered Youngs Double Chocolate Stout, and I order Mike’s Hard Lemonade. Things seemed to be slowing down a bit for Ryan, so we asked if we could ask him some questions. (Questions in addition to, “Can we ask you some questions?”)

In response to our first question, “What makes for a good bar?”, Ryan did not answer with the word 90% of bartenders seem to respond with, “bartender.” He said what he thought was important was a combination of atmosphere and service. I asked him to be more specific about atmosphere, and he said a good atmosphere meant “you walk in and forget what you walked in from.” He likes a place that is nice and lively, a friendly meeting place where you can start a conversation. He isn’t a fan of a dingy, dive environment. Still, he prefers a place that is not too loud as a club or a “young person bar.” (“I had four years of that,” he said.) 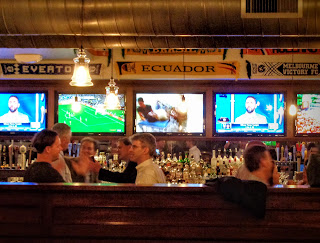 After thinking about it for a bit longer, he said he’d give an edge to the importance of service over atmosphere. “It can be a really cool place, but if you wait fifteen minutes and no one takes your drink order, you’ll leave.” He said that service needs to be good across the board, not just the bartender but also the wait staff and the barbacks. 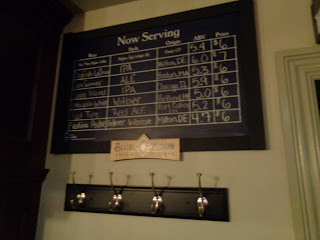 But he said that service involved more than just taking orders and making drinks correctly. A bartender has social obligations. He didn’t say it, but he certainly would have considered politely answering our questions as part of his job. “If you’re backed up with a big  crowd, you don’t have time to talk with customers, but if it’s slow, it’s part of the job.” He told a story about training a young woman behind the bar. A group of guys came in, and he asked her to take their order because, he told her, “They’d rather order from you than me.” She came back a little upset because she felt the guys had been hitting on her. Ryan told her that’s part of the job. You don’t give out your phone number or go home with a guest, but flirting can be part of the job. (This reminded me of the time a woman bartender friend of mine was told by her supervisor she should fasten her blouse a couple of buttons higher. She did what she was told, but she knew it would cost her in tips.) 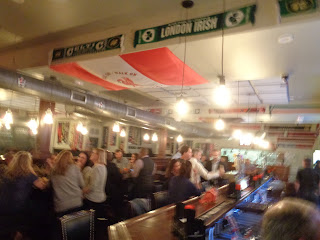 “A person might not be a great bartender as far as drinks go, but if they’re friendly and make you feel welcome, they’ll do okay,” Ryan said.

We then asked Ryan our other question, “What makes for a good church?”

He answered, “I guess I would say, as odd as it sounds, about the same thing as a bar.” (Which didn’t sound odd to us at all.) He’d look for a place that was comfortable, felt safe, and where you can have a good conversation. “It has some parallels.” 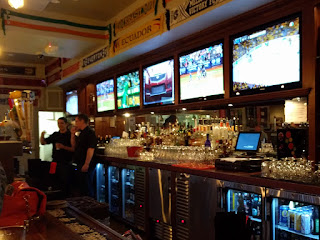 We approached a guy who was sitting alone, Jeremy. He seemed friendly enough, but was slow to answer our questions. When his friend, Melissa, returned, we realized this was because English was not his first language. He was from Paraguay. Melissa, a local, was able to help with translation between English and Spanish.

In answer to our bar question, Jeremy said it depends on what a person liked. He liked that there was soccer playing on some of the TVs. He said bars are different in Paraguay than the U.S. because the people are different (“People are more educated here”).  Melissa said she likes a unique environment, and as an example, added, “this place has a soccer thing going.” 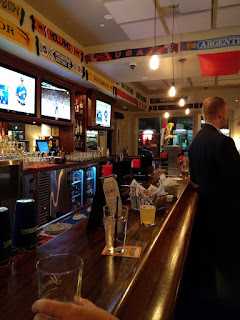 As for what makes for a good church, Jeremy said it is a pastor that gives good sermons. Melissa said it is a sense of community.

We then talked to two women at the bar, Andrea and Dari, who were watching the hockey game. They were none too pleased that the Sharks had a 3-2 lead in the third period, but they were still willing to talk. As soon as we mentioned that we are visiting a church and a bar in every state, Andrea advocated for a visit to her church, the Mountainside campus of Liquid Church. She told us that it’s not like a traditional church, and that it’s young and loud. She said it had recently been mentioned on the Today show when the pastor used Star Wars as an introduction to the nativity story. We enjoyed her enthusiasm. Both women let us know they are Christians. 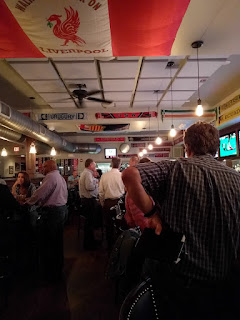 We went on with our what makes for a good bar question. Andrea said, “Personally, I like mine a little divy. I like the people down to earth and the drinks inexpensive.” She went on to explain how her history led to this preference. When she was a little girl, her grandparents in West Virginia would take her and her sister to the local dive bar. The girls were always fussed over by other patrons and given snacks. She said there’s a local wine bar in town this is lovely. But it’s very formal, and it’s not for her. She doesn’t feel at home there.

Dari, on the other hand, likes a bar that is friendly, with an attentive staff that is customer oriented.

For what makes for a good church, Dari said it doesn’t judge people. She said that people in a church shouldn’t judge whether someone goes to heaven based on their religion, because the Bible doesn’t teach that. A good church teaches God’s Word. She also talked about the importance of holding the leadership of a church accountable. People need to build each other up and hold each other up. 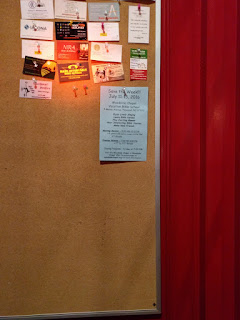 Andrea said that her church practices being the hands and feet of Christ and reaches out to people. They recently sent a missions team to Rwanda, and they bought a drill for water wells. She appreciates the slogan of Liquid, that they are their to minister to “The Last, the Lost and the Least.” She said, “Jesus got his hands dirty.”

Dari added that she can’t stand a church that is based on religion rather than faith in Christ. “A dead church worries about religion. I don’t like religion.” She can’t stand people calling each other “Brother” and “Sister” and using religious language. “I detest churchiness. In my ideal church, I want to see tattoos, I want to see piercings, and I want to see people of different colors and races. It should be like heaven.” 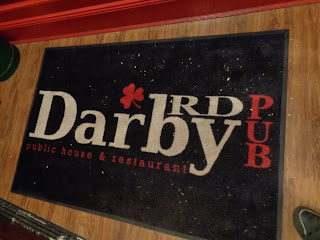 Off topic from bar and church, Andrea wanted to talk to us about blogging. She likes to write and thinks someday she’ll have a book in her. For now, she’s considering using her knack for storytelling for a blog, but a fear of failure has been keeping her back. Her husband told her that shouldn’t keep her back. We told her we agreed with him and encouraged her to give it a shot. So all of you in internet-land, keep an eye out for this fine blog of the future. We’re thankful for this blog that let us meet the good people at Darby Road.