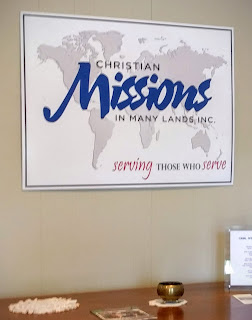 We originally posted this at Dean and Mindy go to church in June, 2016, while we were in New Jersey on the quest that culminated in Cheers and Amen.

Thanks to Alan and Fiona, our NJ hosts, touring CMML's headquarters was only one of the fascinating experiences we had in the state. Over the next couple of days, we'll be sharing a few other results of their hospitality.

While we were in New Jersey, we got to visit the US headquarters of CMML (Christian Missions in Many Lands), which isn't a missions agency...but for the sake of missionaries around the world functions a little like one. 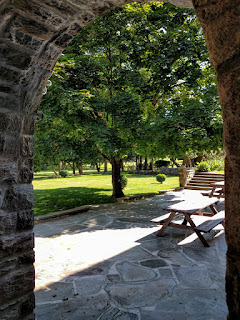 C: Comfortable accommodations for visiting missionaries and others who need to be in the area for a missions conference or meetings 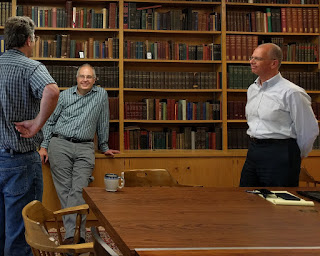 M: Money donated to missionaries all goes to the missionary. Nothing is held back to run the organization. The missionaries have each been "commended" by Brethren Assemblies in the United States or Canada (rather than being sent through a denominational organization) and serve in a variety of capacities in countries around the world. 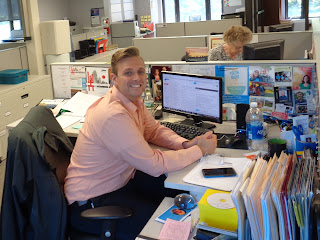 M: Magazines, missionary prayer handbooks, and events are planned here, from missions conferences to magazines. This, along with processing the financial support for missionaries, is a major role CMML plays in the life of the assemblies. 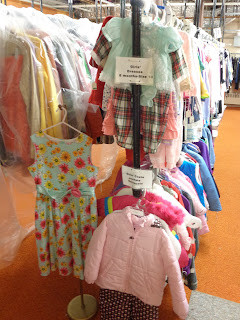 L: Lots of clothes and other necessities are donated for use by missionaries and other workers who travel through the CMML guest house. Pretty much anything a person might need to wear (and a lot of other things) is available. We heard a great story about a young man who knew he'd need a tuxedo the next year for graduation from his school overseas. Though tuxedoes were rarely available, he found one when he looked. It was slightly too big...but fit just right when he graduated a year later. 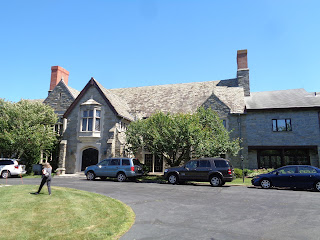 Posted by churchandstates at 2:45 PM
Email ThisBlogThis!Share to TwitterShare to FacebookShare to Pinterest
Labels: 2019, Cheers and Amen, New Jersey, podcast