We remember a bar we walked into two years ago 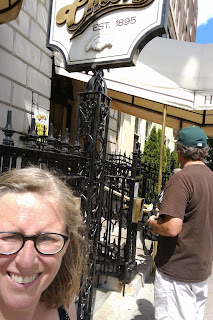 With the news that Kelsey Grammer is considering revisiting Frasier, we were reminded of our visit to the bar his character frequented before moving back to his hometown of Seattle. Do you remember when we walked into Cheers?

We were amazed at the number of people who respond to our question about what makes for a good bar with the answer, “You know, like Cheers, where everybody knows your name.” The theme was so constant, we chose the title of our book about visiting a bar and a church in every state, Cheers and Amen, as a nod to the fictional bar.

The show premiered over three decades ago, but we’ve heard this response not just from geezers like ourselves but also from a number of millennials.


So why is this sitcom still part of the contemporary conversation in the same way that Seinfeld is, while shows like Happy Days and Different Strokes are not? Off the top of my head, here are ten reasons Cheers endures. 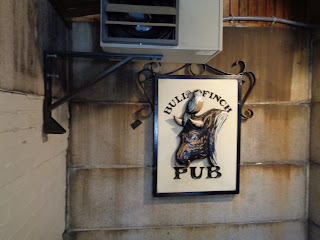 While we were in Boston, we had the opportunity to visit the bar that was used for the exterior shots of Cheers. It used to be called The Bull and Finch, but they’ve given up on that now and call themselves Cheers. Because that’s really the bar everyone seems to want to go to.


*If you are looking to make the cheap joke that Catholicism and superstition are the same thing, that’s not where the show ever goes. Religion is treated with respect. Strangely, even superstition is often treated with respect.
Posted by churchandstates at 6:54 AM
Email ThisBlogThis!Share to TwitterShare to FacebookShare to Pinterest
Labels: Boston, Cheers, Cheers and Amen, Massachusetts