Back in December 2014, we visited a church that bore little resemblance to the storefront church we'd been expecting. 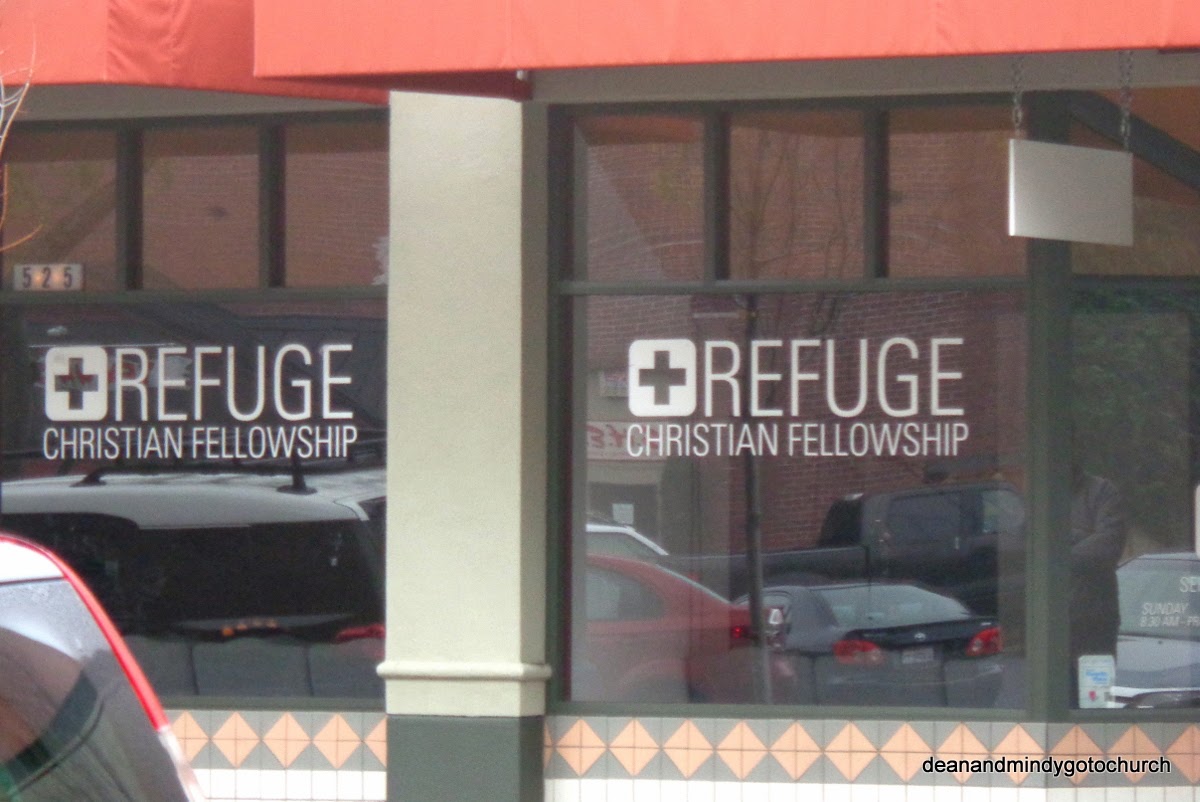 hy did I feel glad to feel old? Mindy and I have been to enough churches where we, in our 50s, were the young people. At Refuge the average age was somewhere in the low thirties, which was a cool thing.

Refuge is a storefront church, with one street door leading to the worship center and another leading to the children's ministry (Refuge Kids). There's definitely a warehouse feel to the worship space with high dark ceilings and blank walls, but there is a large cross in the back of the space and candles in the front. The information area is easy to find (it's on the way to the donuts and coffee) and leads directly to a shelf with books (I noticed Tim Keller) for sale. In the fellowship room, there's a library bookshelf, adding to an academic feel to the place. The church is affiliated with The Gospel Coalition. 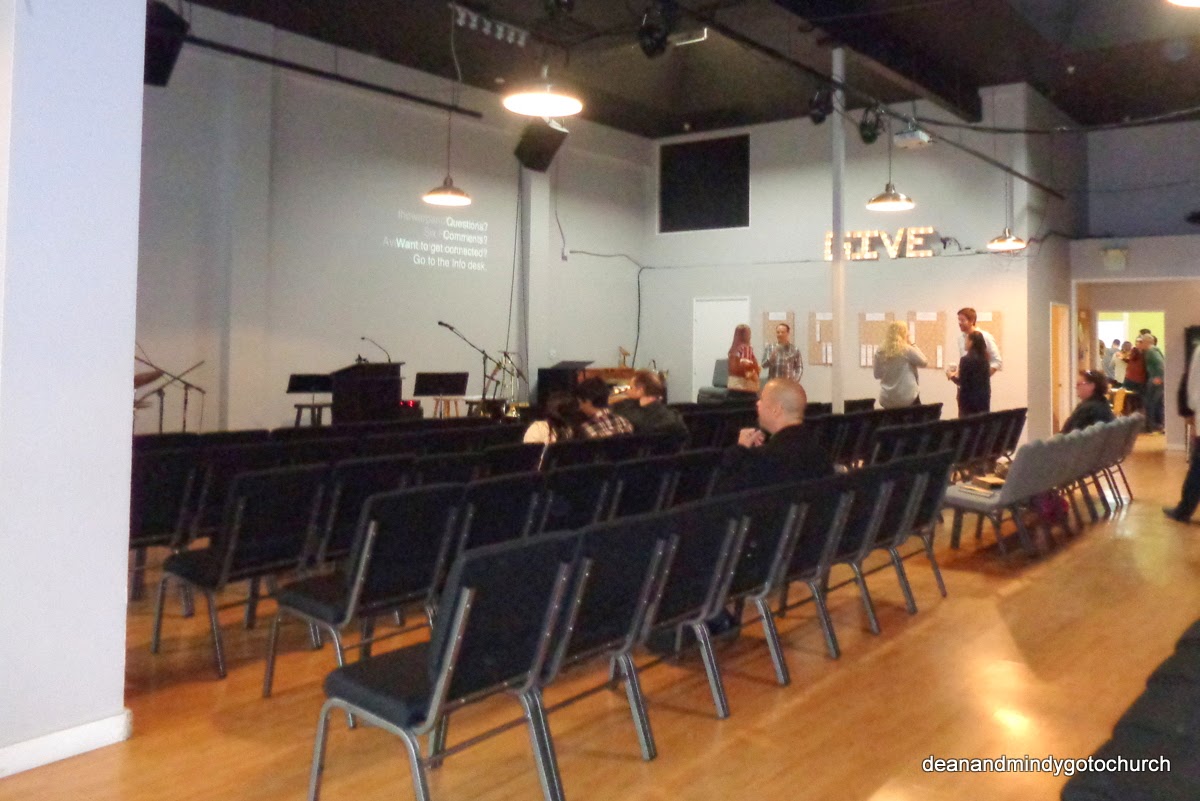 Most people were chatting before the service, with some gathered in the fellowship room on couches, but the only person who introduced himself was the man I asked if seats were free in the row where he was sitting. Mindy met a woman when she asked about coffee mugs (ceramic mugs are stored beneath the snack table...use one you like).

Worship songs began without much preamble. There was a good worship band, but singing along with the choruses posed a bit of a challenge. The lyrics on the wall fell behind; usually the new verse wouldn't come up until a couple of lines in. I've learned through the years that when this kind of challenge comes up, the blame rarely is on the tech person alone. Often the worship leader hasn't properly prepped the tech crew or isn't being observant of the challenges the congregation is having singing along. (Projecting lyrics on the back wall can often be a big help.) Mindy looked around and noticed that few people were actually singing on the first couple of songs. 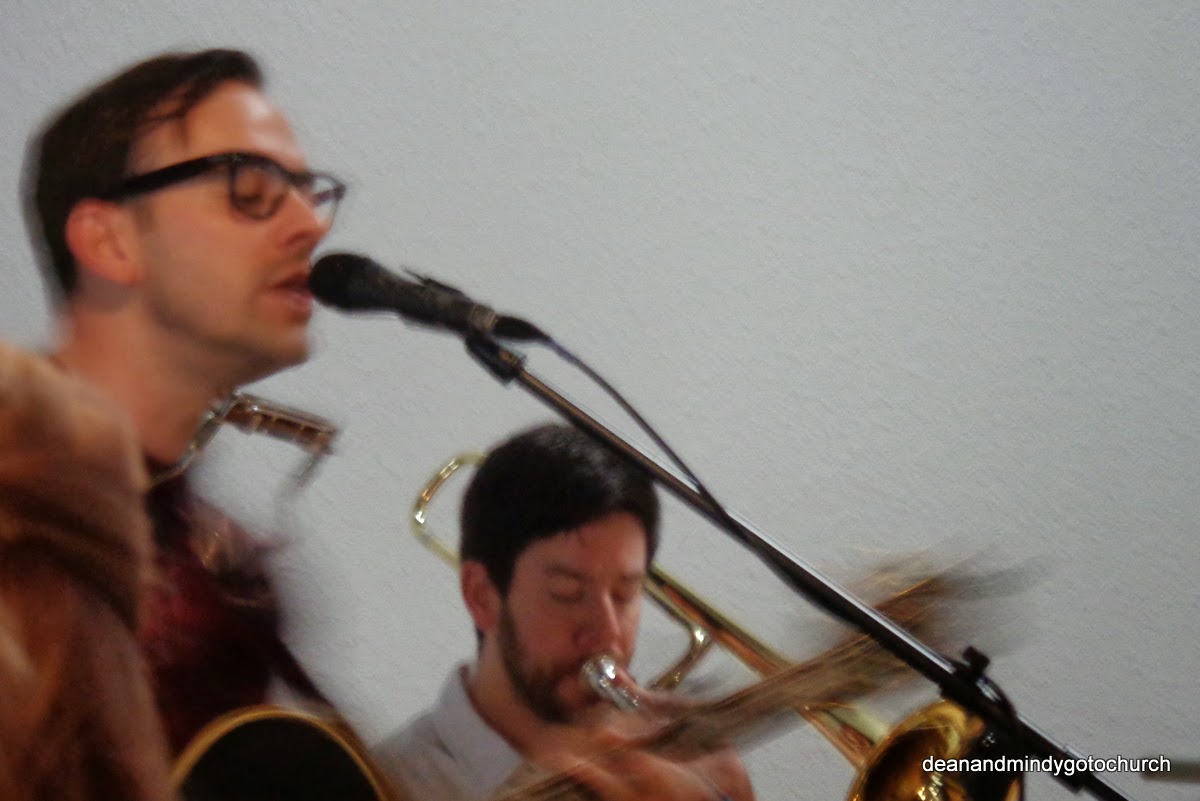 The woman who delivered announcements was quite personable, and it was good to hear about their Christmas giving in the community. There was going to be a gift wrapping party the next week before gifts were given to the people who had asked for special help.

The sermon was the first in an Advent series on the names of the Messiah ("And His Name Shall be Called") from Isaiah 9. Today's name: Wonderful Counselor. Good content in the sermon with practical illustrations and quotes from C.S. Lewis, N.T. Wright, and other intelligent folks with initials.

Christmas carols were sung after the sermon (they seemed to take the day as the first Sunday of Advent while most liturgical churches would consider it the second). During the songs, people went forward to receive communion -- the grape juice and crackers were on unattended tables with a modern candelabra that could have been a simple menorah. No instructions were given about communion, but we figured it out during the second song.

We agreed after the service that our grown kids might well like the church. We sure did. 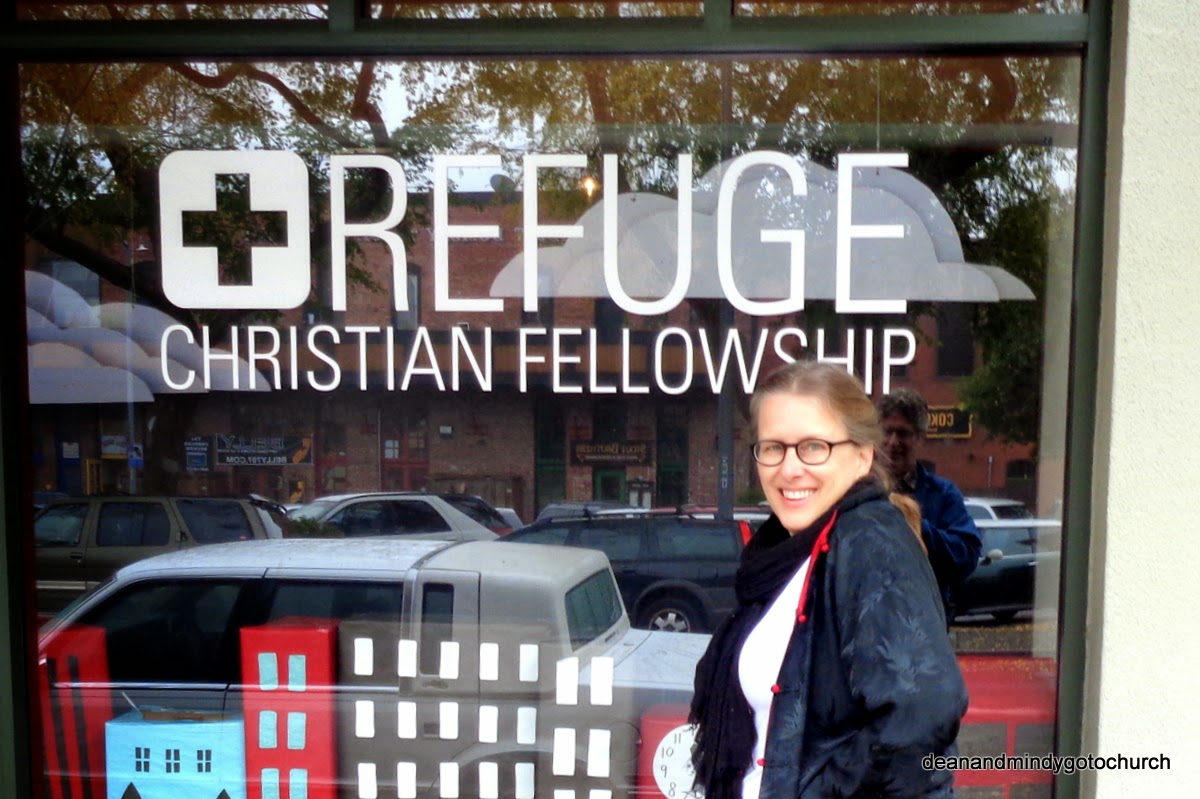 Statistics:
Service Length: 1 hour 40 minutes
Sermon Length: 55 minutes
Visitor Treatment: No one greeted us, but people we talked to were friendly. Mindy found a prayer request card to leave our contact information. No acknowledgment of visitors was made during the service.
Our Rough Count: 105
Probable Ushers' Count: 125 (there weren't any ushers, actually, but the folks passing the offering might have made a count)
Snacks: coffee, water, hot water, donuts, muffins, maybe fruit? We mostly noticed the donuts, which were yummy
Songs:
"Grace Alone"
"In the Shadow of the Glorious Cross"
"This Is My Father's World"
"O Come, O Come Emmanuel"
"What Child is This?"
"Joy to the World"