Now that we're done visiting churches and bars, we're transferring our old posts here. Back when we were just starting to visit churches (and before the idea of visiting bars had occurred to us), we went to Santa Rosa Nazarene Church. We'd never worshipped in a Nazarene church before, but I remember we felt very welcomed. This post originally appeared on November 25, 2014.

Santa Rosa Nazarene Church, Santa Rosa, California
The church was ready for Thanksgiving. Instead of pews or chairs in rows there were chairs around tables, ready to serve dinner after the morning service. They'd also prepared for Thanksgiving in another way. They'd moved their cross to the center of the stage to make it the focus of thanksgiving for God's goodness. 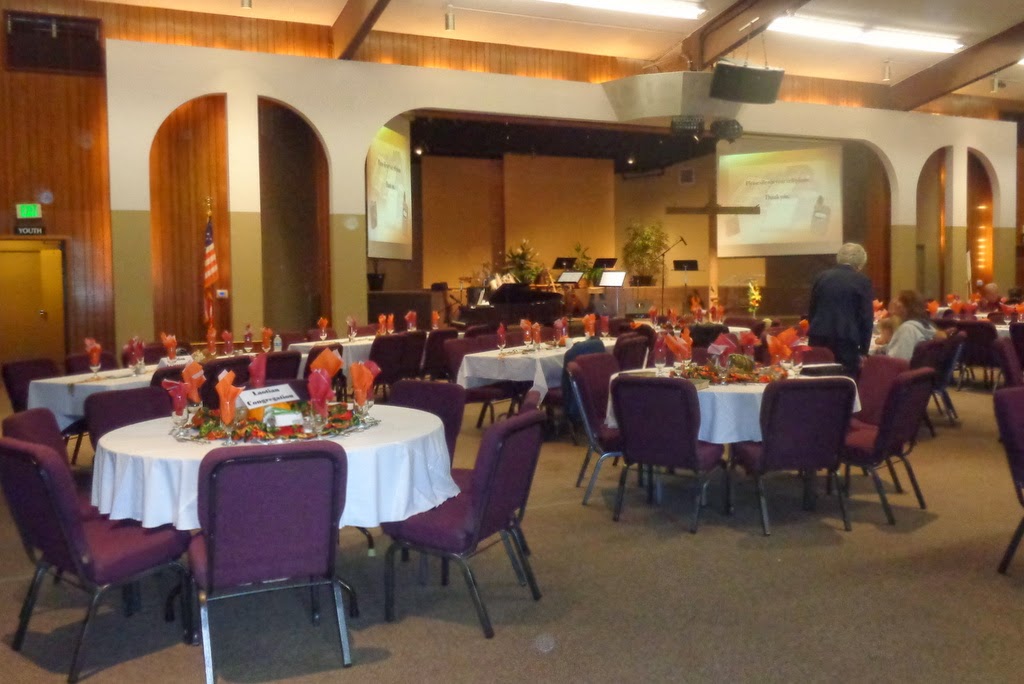 It was our first visit to a Nazarene church this year; neither of us recalls ever attending a Nazarene Church before. But when I went to college in San Diego, I had friends at Point Loma Nazarene College (one of 53 Nazarene colleges in the world) and went to concerts at the school (Noel Paul Stookey sans Mary and Peter). The Nazarene denomination was founded in 1908 in Texas with roots in the Holiness movement. Now there are 29,000 Nazarene churches throughout the world with over 2 million members.

The service started a couple of minutes after 11:00 am (though it seems to be growing more common in churches, there was no countdown clock to worship). The two screens on either side of the front of the sanctuary scrolled announcements and a scripture quiz, though we missed seeing either the question or the answer. During the fellowship time before the service, we'd been greeted by several members (once with, "I hope I'm not greeting you for the first time after you've been visiting here for a month."). We were certainly made to feel welcome with several invitations to stay for the Thanksgiving dinner after the service.

The pastor led worship playing the piano and his wife played the violin along with other singers in the worship team. A video was played during the announcement time illustrating the denomination's ministries for the homeless, disaster relief and foreign missions. The pastor talked about a local ministry to the homeless, through which the church had hosted dinner and an overnight stay for a group of homeless people during the previous week. 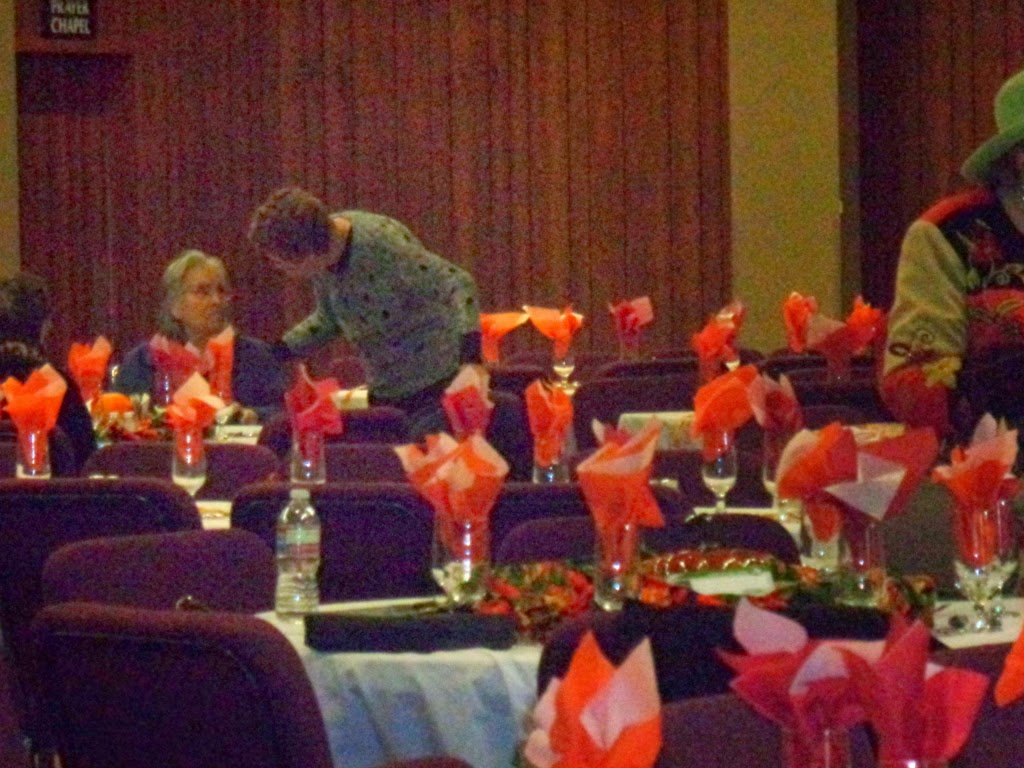 The sermon was about thanksgiving, about God's call to thankfulness and the spiritual and emotional benefits of being thankful. It was encouraging, though we were a little concerned about the lack of acknowledgement of some people's very real challenges with depression. After the sermon, sharing around the table ("What is one thing you're thankful for?") was encouraged, but our table only made it about halfway through before time was up.

The majority of the people in the congregation were older, but there were families with children and teens, and the church does have a youth pastor. There was table full of Operation Christmas child shoe boxes at the back of the church. And there was a very nice playground which I'm sure is used for the church's preschool and daycare ministries. 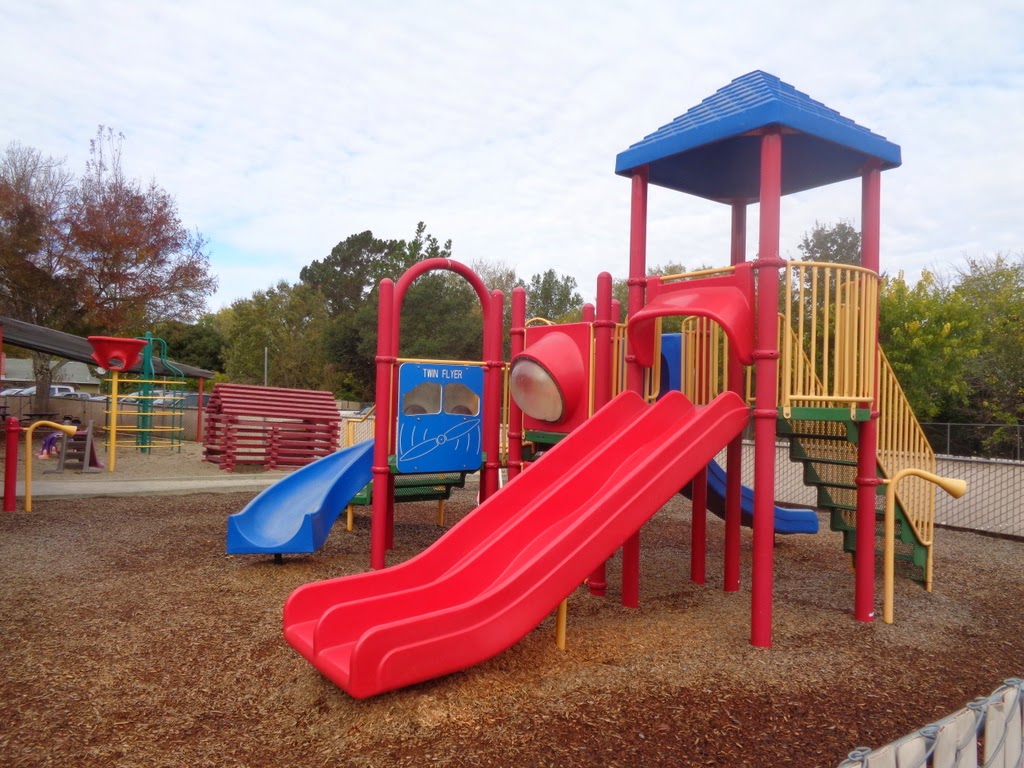 Were we not on this Visiting Pilgrimage Adventure, this certainly is a place we'd consider coming back to visit again. 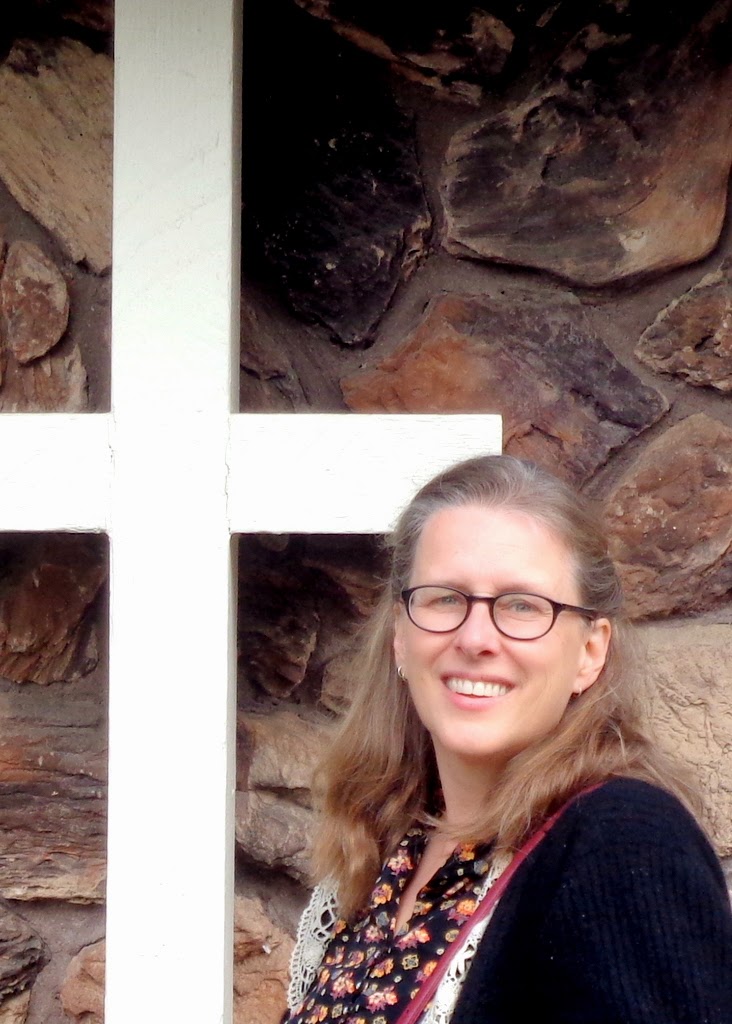 Statistics:
Service Length: 60 minutes
Sermon Length: 25 minutes
Visitor Treatment: greeted several times on the way into worship, including by the pastor and his wife, greeting time during the service. No particular effort to show us where coffee or restrooms were, but many invitations to stay for the Thanksgiving meal after the service.
Our Rough Count: 110
Probable Ushers' Count: 130
Songs:
Lord I Lift Your Name On High
Praise is Rising
Ten Thousand Reasons
Jesus Paid It All
Old Rugged Cross
That's the Power of the Cross 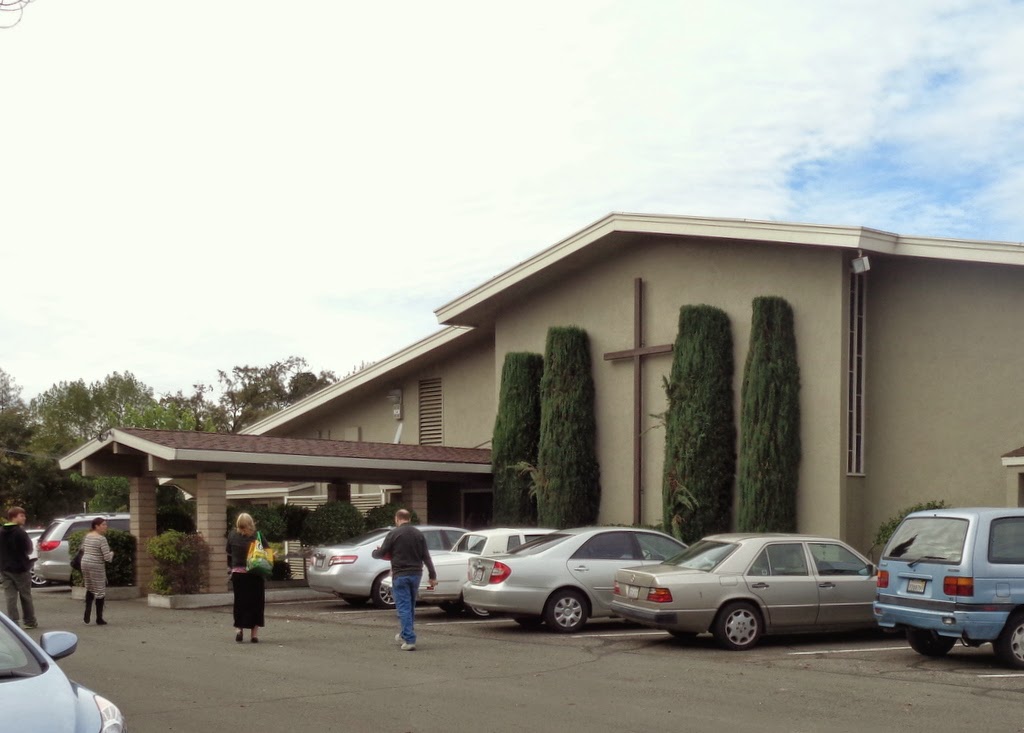 Posted by churchandstates at 5:32 AM
Email ThisBlogThis!Share to TwitterShare to FacebookShare to Pinterest
Labels: 2014, California, Nazarene, Santa Rosa