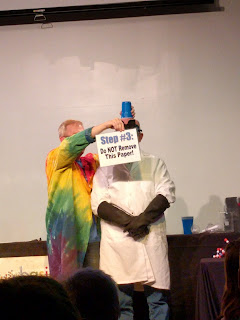 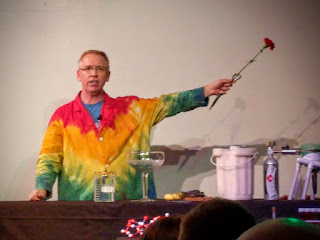 “I don’t believe in religion, I believe in science.” I’ve heard people say such things. There are a number of people that seem to think religion and science are mutually exclusive -- like being a fan of the Cubs or the White Sox. The more aggressive atheist apologists have recently been presenting this as a binary proposition, and YOU MUST CHOOSE ONE!
Josh Denhart doesn’t believe he has to choose between being a scientist or a person of faith. For eight years, he worked as a high school chemistry teacher, and until very recently he’s worked as Children’s Ministry Director (and Special Needs Ministry Director) at Valley Church in West Des Moines, Iowa. Now he’s begun a business of his own, combining his love of science and the Gospel.


I asked Josh how he could believe in science and Christianity. He said, “I love Jesus. I like to blow stuff up.” He said that those in the science community who suggest that science has anything to say about the validity of religion are taking science out of its rightful province into philosophy. 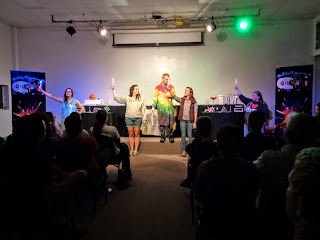 Josh’s current work takes him to schools and churches. I asked how he deals with the current controversies between science and religion. He said most of those the controversies today have to do with origins. He said that since he’s a chemist and not biologist, he’s able to stay away from those issues. He said his concern is sharing the Gospel. 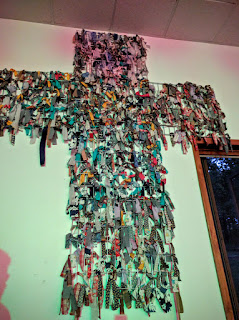 At Josh’s website, one can find a variety of resources and programs, including such things as family devotions and help for training Sunday School teachers. Josh offers a VBS program that promises “no lame craft projects,” instead offering “real science” including rockets, catapults, and chemical reactions. 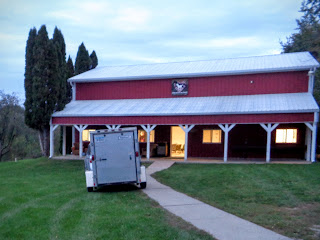 Another offering of Josh’s is "The Amazing Chemistry Show.” We were able to watch the show at a meeting for Christian camp workers at Wildwood Hills Ranch in St. Charles, Iowa. The show had what the website promised: colored foam, liquid nitrogen, glow in the dark solutions, and especially explosions (and more). Throughout the program, Josh used the experiments as illustrations of Christian truths.

This makes perfect sense when Josh performs his show at churches. As he said, “It’s a sermon masquerading as a science show.” One of the first places he presented what was to become “The Amazing Chemistry Show” was the Great Pumpkin Party at Valley Church. 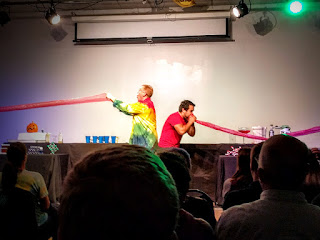 But Josh can also perform the show at public schools. I was quite intrigued when Josh said he’d presented his program at public schools with church sponsorship. I asked if he tried to present spiritual messages in these public school presentations. He emphatically answered that he did not, adding, “I have a respect for the laws of the land.” He said he wouldn’t appreciate someone taking advantage of their position in a school to teach another religion to his children.

So I asked how it worked when a church provides a show for their local school. He said if a church sponsors an Amazing Chemistry Show or the even bigger “Day of Science” at a local school, Josh meets with the school administration and faculty to assure them that he will be presenting good science. His credentials, such as his BA in Chemistry Education and Masters in Effective Instruction, along with his National Board Certification in Young Adult and Adolescent Science, help with that assurance. 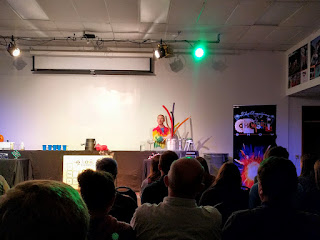 When a church gifts a school with this program, they also often provide a breakfast and lunch at the school as part of the program. The school chemistry program is all about science, but generally, Josh also does a program at the local church that presents the Gospel. Sometimes the school allows the church program to be publicized at the school and sometimes not. But Josh provides materials so the church can publicize the program in other ways.

While many view Christianity and science as things that mix like oil and water, Josh has found an amazing formula to blend the two.

We first met Josh when he was demonstrating The Amazing Chemistry Show to Christian camp workers at Wildwood Ranch camp. As it turns out, this week he's at a camp blowing stuff up and talking about Jesus. We still think his ministry is as amazing as his science.
Posted by churchandstates at 12:31 PM
Email ThisBlogThis!Share to TwitterShare to FacebookShare to Pinterest
Labels: 2016, Chemistry, Iowa